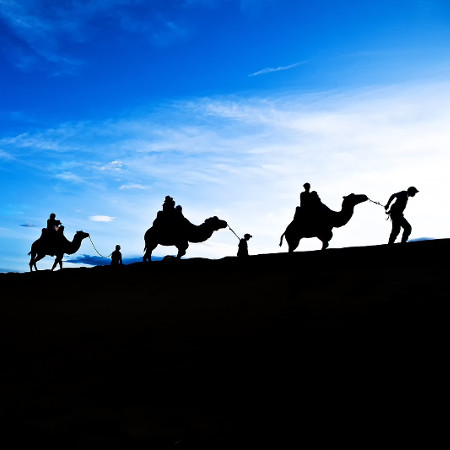 You’ve probably heard Paul’s conversion story.  Paul wasn’t always Paul.  He was the head of the anti-Christian league in Jerusalem and his name was Saul.  He threw Christians into prison.  For this he considered himself dirt, lowest of the low.  He was the one who coined the phrase chief of sinners.  If you’re sitting in church the chances are that you’re not part of an anti-Christian league, but when we compare ourselves to God’s holy law, we end up smelling like Paul did.  He thought he was unworthy of the high-calling of a herald of the gospel.  God considered him worthy of a gift. this grace was given me:  to preach to the Gentiles the unsearchable riches of Christ,

Unsearchable riches sounds pretty vague, doesn’t it.  There are some wealthy people out there.  Jeff Bezos $177 Billion.  Elon Musk $151 Billion.  I can’t imagine having that much money.  The figures are almost meaningless.  Flip the coin.  You’ve heard who has the most.  Let me tell you who has the least.  Sandy and her parking tickets.

She owes almost the value of her house in parking tickets.  And if you’re thinking then she should stop stiffing the meter when she goes down town you would be wrong.  She was given a citation by a FL town for having a cracked driveway, letting her fence get blown over in a storm and parking two wheels of one of her cars on her own grass. It’s an impressive story about how municipal fines can get out of control, but the reality is that she’s in some HUGE debt that she will never be able to get out of.  Don’t take my word for it.

You and I along with the Apostle Paul can relate to that Florida woman.  Our spiritual debt is so big that we could never hope to climb out of the sins we’ve committed.  There is real stress that goes along with that debt.  When Jesus died on the cross, the unsearchable riches of his sacrifice were enough for the whole world, amazing, mind-boggling love.  Fellow gentiles on this Epiphany reveal that secret to the world.

Want to hear more? …including how you can be just like the brightest flashlight in the world!  Watch this week’s message taken from Ephesians 3 – Reveal the Secret.