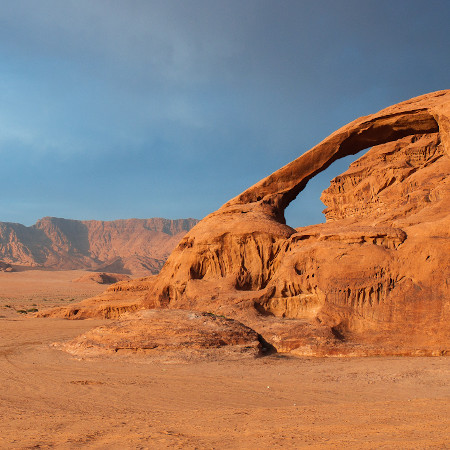 What do temptation and sacrifice have in common?  Often the temptations that come our way ask us to give something up; that’s sacrifice.  For Abraham there was nothing more important than his son, Isaac.  This was the son of the promise.  He had waited for so long.  At 100 years of age he was finally a dad.

It wasn’t just the joy of fatherhood.  It was the healing avalanche of blessings that God promised that went with that son.  Abraham would be blessed – this was obvious even to the foreigners around him.  Abraham would be the father of many nations.  It took a few generations, but kept that promise.  All nations of the earth would be blessed through Abraham – this was the promise of a Savior.  If God could keep the little promise of the birth of a child in his old age, Abraham believed that God would keep all of his other promises too.  In fact the Apostle Paul was inspired to write that Abraham believed God and it was credited to him as righteousness.  The righteousness or perfection that God demanded, God gave through faith.

Lent is for sinners.  On this first Sunday in Lent we look at temptation in all of its danger to our souls.  In our text from Genesis 22 we see God putting Abraham to the test.  He calls on Abraham to sacrifice his son.  This is a huge ask for Abraham for all of the reasons we’ve already mentioned!  Not only does Abraham obey God – he get’s up early.

I have been blessed with five beautiful children.  Truthfully I don’t know that I have been asked to give up all that much in my life compared to Christians around the world.  God has not asked me to give up a child, but there have been a few things.  When God asked you to give up something, did you do it?  Maybe it was some time, some friend, some money, some popularity, out of love and loyalty to his Word, did you do it?  Did you do it gladly and willingly follow the command of your parent?  If God would ask you now to give up house and home, wealth and position, all that you are and have, would you get up early and go straight to it?  Maybe something like this has happened and you complained.

If you have failed at a temptation like that, so have I, and so has every other Christian around the world.  More important than our failure is Jesus success.  The reason the Spirit led Jesus into the wilderness to be tempted by the devil isn’t because he was a glutton for punishment.  God did this for us because we lose the battle to temptation all the time.  Is there anyone who can win against Satan?  YES!  Jesus won.  Just as important as Jesus’ innocent death was his perfect life.  We stand forgiven and at peace with God – even when we fail.

Jesus also changes everything.  Christian, you don’t need to fail in the face of temptation.  You can win!  God promises that he will provide a way out for you!  There is some practical advice for us too as we face temptation.

What about tomorrow?  There might be some temptation waiting for you, but that doesn’t matter.  Tomorrow is another day under the grace of your God.  Not only will he provide a way out for you – he also has great things planned for you!  I think you might need to get up early.