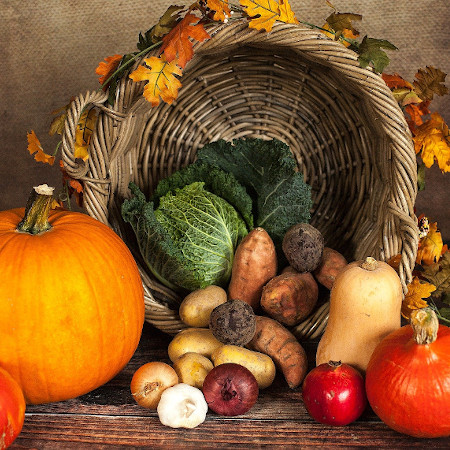 Are you thankful and content this year?  Maybe if you’ve had a rough year that could be tough.  Maybe you’ve worked hard and you don’t owe anyone anything.  AND that goes for God too!  What did he ever do for you?  That’s a great question.  Let’s go at this from a different direction.

It’s Thanksgiving Eve.  What day is tomorrow?  Thanksgiving Day you say?  I would agree, but there is a different name that some have given the day.  I don’t think it’s malicious for most people.  It is a reflection of our culture.  For many Thanksgiving Day is known as Turkey Day.  Because… that’s what we do – eat turkey.

I bring this up because while Christians might bristle at the hijacking of one of the last few days on the calendar that reflect the existence of our God, you don’t need to.  When someone gives you the “Turkey Day” greeting, take it in the spirit of good will it was intended AND THEN talk about being thankful, being blessed.

This secularization of our nation is not new, but some of the stats are.  The reality is that in 2019 roughly one quarter of the American population identifies as being a NONE.  That means that if you took a survey and went door to door asking folks how they identified spiritually – Catholic, Lutheran, Baptist, etc., one quarter of the population would check NONE.  Most in this group are open to religion, they just have no experience with the concept.  If one quarter seems high to you, when you break down the numbers they, become even more surprising.  The report showed that as people in the country age, they drop out of the NONES.  This is fantastic!  My prayer is that the gospel is reaching people and they are learning about Jesus.  The shocking part was that the height of the NONES happens around age 23, a whopping 38% lump themselves as NONES.  On the other end of the scale by age 83, only 7% identify as a NONE.

The only way to true contentment is through Jesus.  He has met our greatest need, the forgiveness of sins.  As you gather with family and friends, share Jesus and the contentment he offers.

Want to hear more included what is worth more than an expensive vase?  Watch this years Thanksgiving message taken from Paul’s 4th chapter to the Christians in Philippi – Thankful and Content.