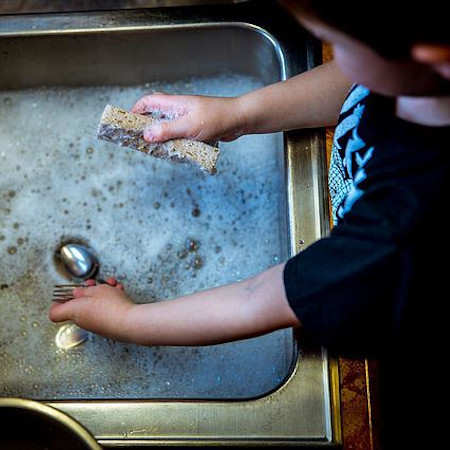 The exalted are humbled.  I know it doesn’t always look that way, but it’s true!  Our text is short and to the point.  8 Do not exalt yourself in the king’s presence, and do not claim a place among great men;  The word for exalt has the idea of something swelling in size.  I suppose we picture the head of a movie star or some other celebrity that swells to twice its normal size.  Our text is talking about a great feast and some average Joe who walks up to the head of the table and takes a place next to a king or a prince.  As the meal is about to get started, how embarrassing would it be for the host to ask you to move down?  Maybe you know people or maybe this is even you – they have a collection of pictures being taken with famous people.  Imagine being told to take a walk in front of your favorite movie star.

It’s very possible that Jesus in our Gospel reading had these words of our text in mind when he spoke to the Pharisee who had invited him over.  Speaking of meals with Jesus.  There was a certain meal, actually Jesus’ last meal when this same topic came up.  The disciples didn’t know their place at the table.  The disciples were arguing who is the greatest.  They were arguing about who would be in charge in heaven.  I don’t know about you, but when there is a question about who is the greatest and Jesus is sitting at the table… vote for Jesus.  Peter?  He was a neat guy.  The Apostle John was inspired to write great books of the Bible.  But what about that guy?  Oh, Jesus, he’s just God.

Do you remember how the King of the Universe responded when his disciples acted like this?  Did he kick them all from the table for not knowing their place?  No, he said you want to be great?  Serve.  He washed their feet.