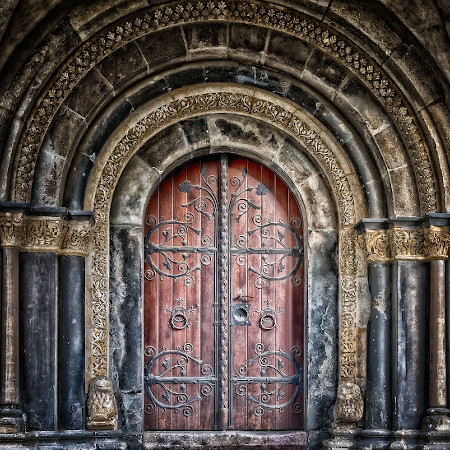 Are you locked in a room?  Probably not.  Your door doesn’t have to be locked to understand that there is definitely some fear going around.  There is for many people a fear to leave their homes.  The danger is unseen.  What is worse, normally healthy people like me could never have a symptom of the illness, but spread it to everyone I come into contact with.  I’ll spare you any further details about COVID-19, but the fear doesn’t stop with the illness.  My son’s date for heading off to marine boot camp was pushed back from August to November.  All of my kids are home from school.  There are more and more people – millions who are out of work.  I know that many of us like to play it cool, but if your future is up in the air, or if you’ve lost your job, there very well could be fear.

Before we go too deeply down that rabbit hole, let me pull you back to Easter Sunday.  We’re in that locked room with the disciples.  The fear was real and it was fresh in their minds.  It was a vision of guards pounding on the door of their dwelling.  Would the authorities drag them off to jail?  They all saw what happened to Jesus, could they be next?  And then, Jesus came and stood among them.

Jesus came?!  How did that happen?!  Most of you probably tuned in last week, but just to catch you up – this is Easter Sunday evening.  What a day it had been!  There was a foot race to an empty tomb – John was fleet of foot but Peter walked right in.  Yes, the guards were gone, the stone the seal – all vain attempted to hold God down in the grip of death.  Angels announced to women that Jesus was alive.  The word had spread – around Jerusalem?!  Probably.  Among the disciples, you bet it did.  So why are they in the locked room?  Their plans had fallen through.

This Easter season we begin a new sermon series: What Do You Do When Your Plans Fall Through?   Watch this week’s sermon – When We’re Locked in a Room – taken from John 20 to see how Jesus’ presence restores peace and chases away fear.