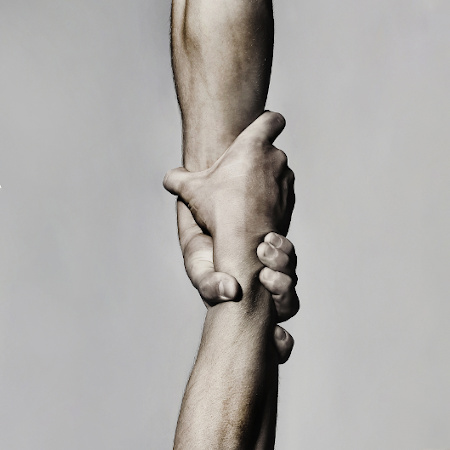 Jesus saw the crowds in Matthew 9 and had compassion on them.  The word compassion comes from two Latin words meaning to suffer together.  He jumped into their shoes and saw the problem – namely there weren’t spiritual leaders for God’s people.  There were other needs that weren’t met, but the main problem was the lack of spiritual leaders.  The solution – Ask the Lord of the harvest to send workers into his harvest field.

Watch how God answers this prayer.  10 He called his twelve disciples to him and gave them authority to drive out evil spirits and to heal every disease and sickness.  Did you catch it?  I’m sure if you’re a disciple, you just took a double take.  Jesus prays; his disciples pray with him.  He calls them and gives them instructions.  Yes, that means that – just like the disciples – you might be the answer to your own prayer for workers in the harvest field.  Scary?  It could be!  It’s been a little while since I’ve done a sermon dedicated to prayer, but one of the keys is to pray dangerously – that doesn’t mean make risky prayers that involve winning the lottery or becoming an astronaut.  It means you pray that God would use you as his instrument of compassion.  God open my eyes to the opportunities to witness through compassion.

Your message?  This is where we meet Hiroo the Japanese Imperial Army 2nd Lieutenant.  His service to the Japanese Emperor had been going on for longer than 30 years!  His problem was that he didn’t believe that WWII was actually over!  Sure he had seen the leaflets.  I bet he even read a newspaper or two.  The problem was he thought they were all propaganda – all lies!  Do you know anyone who is still at war with God?  Is there anyone who doesn’t know that in Jesus they stand forgiven before their loving God?  It can be hard believe!  The world around them doesn’t mirror this message.  The times are evil as we’ll hear in our Bible study blog post tomorrow.

Want to hear more, including the story of the man who told Hiroo that the war was over?  Maybe you could do the same for a friend or family member.  Watch this Sunday’s message taken from Matthew 9: Witness Through Compassion.