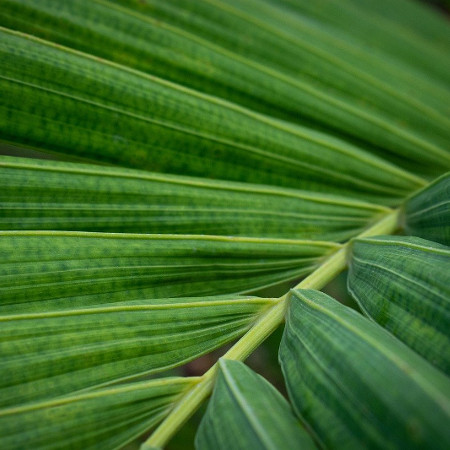 Hosanna to the Son of David! On Palm Sunday the crowds of people lined the road to lay down their palm branches that Jesus might ride in like the King he truly is.

When he came near the place where the road goes down the Mount of Olives, the whole crowd of disciples began joyfully to praise God in loud voices for all the miracles they had seen: (Luke 19:37).

Here again the crowd gets excited.  Everyone had heard about Jesus miracles, here is another curious point about Jesus.  Usually David Copperfield makes the statue of liberty disappear on national television with a local select crowd of people.  Jesus could do nothing in secret – he tried.  He instructed the people whom he cured or helped NOT to tell other people, yet his fames was spreading.  This all came to a peak when Jesus raised Lazarus from the dead.  The Gospel of John tells us that there was NO containing the name of Jesus after that.

That’s just it.  Even at the height of Jesus fames, he never capitalizes on it.  Jerusalem was a city of maybe ten to twelve thousand.  On this Sunday – which for the Jews should’ve been the first day back to work – Saturday was the day of physical and spiritual rest – the day for church.  This week was different.  This was Spring Break, I guess – Passover week in Jerusalem was crazy – the city would swell to 120,000.  Jesus doesn’t walk in; he rides.  He doesn’t lead a movement to change the way the temple was run.  He doesn’t lobby against the government or taxes.  He doesn’t seem to do anything like that.  All this lowly king does is talk about the kingdom of heaven, about forgiveness and sin.  We praise a lowly king.  Heroes in movies, kings on horseback or in this case donkey back come to rule.  Jesus did this – he told Pilate that on Good Friday.  Jesus’ sole purpose on going to Jerusalem – even with all the pomp was to die.  We praise a lowly king.

“Blessed is the king who comes in the name of the Lord!” “Peace in heaven and glory in the highest!”  (Luke 19:38).  On this Day of Praise, we worship a lowly king, but we also worship a conquering king.

Even though Jesus didn’t look like a conquering king, that doesn’t mean he wasn’t coming to conquer.  The image in Revelation is accurate.  Jesus is the ride on the white horse bent on conquest.  He does have enemies.  He never stopped the people from singing his praises.  The crowds give us a clue to what was said about him.  Peace in heaven.  This sounds an awful lot like Christmas doesn’t it?  The fact that the crowds shout this is a good clue that there wasn’t always peace in heaven.  The other gospels complete the picture of the word on the street as Jesus’ donkey-cade passed by.     Hosanna to the Son of David!  Blessed is he who comes in the name of the Lord!  Hosanna in the highest!  The crowd is chanting Psalm 118.  In the children’s message we learned that Hosanna means, “Lord save us!”  That’s kind of a curious way to praise someone as you call for help – except that these people understood that Jesus was the Messiah.   The one would come and conquer.

Want to hear more?  Watch this Sunday’s message taken from Luke 19 – A Day of Praise