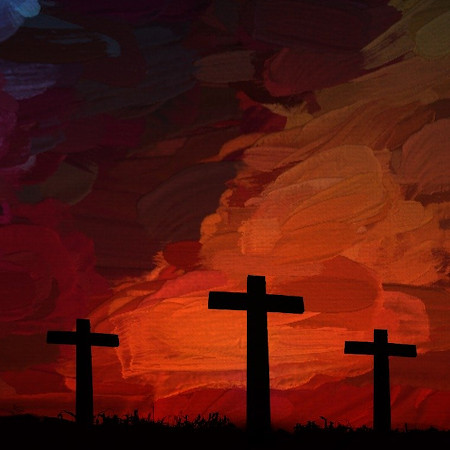 The promise that Jesus gave to the thief on the cross was one that he didn’t deserve or most likely expect, if you consider his request.  He simply asked Jesus to remember him.  Jesus does so much more for the condemned man!  He does the same thing for us too.

One of the challenges of this story is seeing ourselves in the shoes of the thief on the cross.  I think all of can come to grips with our mortality.  Depending on our health and our age that might be easier for some of us.  It isn’t just death that we need to understand.  The natural reaction to recoil at any similarity between the thief and ourselves has to do with status.  Sure, we’re sinners, but are we really that bad?  None of us (as far as I know) have done anything to warrant the state ending our lives.  This is good, but how can we make the spiritual and logical jump onto that cross next to Jesus.  It’s not as difficult as it first seems.

The apostle Paul helps us out with this in the first chapter of his first letter to a young pastor named Timothy.  He says, Christ Jesus came into the world to save sinners—of whom I am the worst.  We might want to argue with Paul about this.  I think all of us know someone worse than Paul.  The last century was full of terrible people.  How can Paul say – with a straight face – that he is the worst.

The problem isn’t our sin compared to another person’s sin.  That’s not the game God wants us to play.  There is always someone better or worse than us in just about anything.  There are alot of people on this plant.  That’s not the point.  What Paul is trying to get you to understand is that when you compare your sin to someone – the only someone who matters is God.  When it’s just you and God, you are the worst.  This is true whether you’re hanging next to Jesus on a cross or sitting in the pew in Winston Salem yesterday.  This is where God’s promise of grace and a place by his side in heaven is so sweet.  Want to hear more?  Watch this Sunday’s sermon taken from Luke 23: Jesus spoke a word of promise.