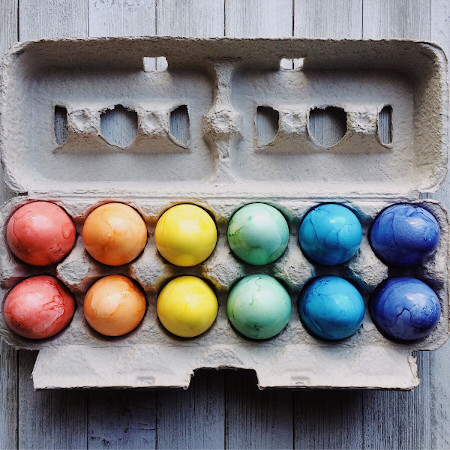 No Fear in Doubt is the theme of our message from the second week in the Easter season.  How do you handle doubts?  To you try and put them out of your mind?  Maybe you take the opposite approach and you research until the topic is exhausted in your mind?

Have you ever heard the claim that McD’s food is bad for you?  Did you know that this food is so bad for you, that natural recyclers won’t even digest this?  There are some people who believe that McD’s food won’t or can’t rot.  In fact if you go to the McD’s website there is a page that answers the question, does your food rot.  Yes, it does.  They claim that the problem is that often their food is too salty and too dry and without the right amount of moisture food can’t rot.

On the second Sunday of Easter, I’m not trying to convince you that a dead body can rot and decay, I’m telling you that the dead will live again.  Every dead body will rise, mine and yours.  They have done research on this.  It is true and reasonable.  Jesus died and he raised himself from the dead.  There are eye witnesses accounts of this.  Did you know that in the 40 days that Jesus walked the earth POST resurrection he appeared to more than 500 people?!  I don’t have the luxury of seeing Jesus with my own eye, yet.  But I am convinced by the Word.  Paul wasn’t the only one in the room that day who knew about Jesus.

26 The king is familiar with these things, and I can speak freely to him. I am convinced that none of this has escaped his notice, because it was not done in a corner. 27 King Agrippa, do you believe the prophets? I know you do.”  (Acts 26)

Festus was new to the area.  He had no idea about what happened with Jesus and Jewish leaders.  King Agrippa was not.  He had seen it all.  He knew all about the Jews and their faith.  He knew about the promises God made through the prophets and about Jesus who fulfilled every one of them.

When people attack your faith, Paul is accused of being insane for his belief in the resurrection – when doubts creep into your mind, the only place to go is back to the Bible when we find the empty tomb.  It is there that the Spirit chases our doubts away.  That’s how we can have no fear in doubt.

Want to hear more?  …including a look at Thomas Jefferson’s Bible?  Watch this week’s message taken from Acts 26.