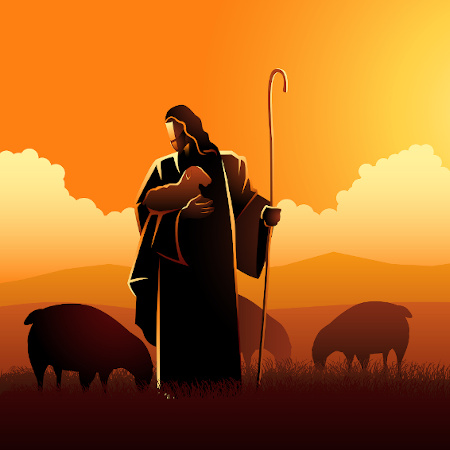 We have no fear of the Good Shepherd!  That is a good thing.  There are very real dangers for the church of God.  Those sheep are easy pickings for a wolf.  Paul writes in Acts 20, I know that after I leave, savage wolves will come in among you and will not spare the flock.  I just said that I want to point you to your Good Shepherd.  I want to point you away from this sheep.  Wolves are easy to see – they hunt in packs.  They are brazen in their stalking of their prey.  Paul talks about people from within the church acting like wolves.  Even from your own number men will arise and distort the truth in order to draw away disciples after them.  So be on your guard!  The original has a twisting idea.  To take words – Scripture – and not use it as God intended.  I’ve heard people twist God’s word to justify every sin you could imagine, drug abuse to homosexuality.  It’s the subtle teachings that are the worst.  Let me ask you which is more dangerous, someone who claimed that Jesus never rose from the dead or someone who thinks we should focus less on sin and more with helping society?  Which is more dangerous?  Eastern faiths that teach reincarnation (the false teaching that after you die you come back as an ant or a tree) or Lutheran churches that question if all of Bible is really God’s Word?  I submit to you that more flocks of Christians have been scattered and lost by wolves attacking from inside the church than wolves attacking on the outside.  So be on your guard!

Have you ever had a day like THIS?  I know I have.  It’s a blessing that we have no fear of the Good Shepherd!  He knows our weaknesses and wants nothing more than to pull us out of the ditches of life.

Want to hear more?  Including how the divine call works in our church body? Watch this week’s message taken from Acts 20.