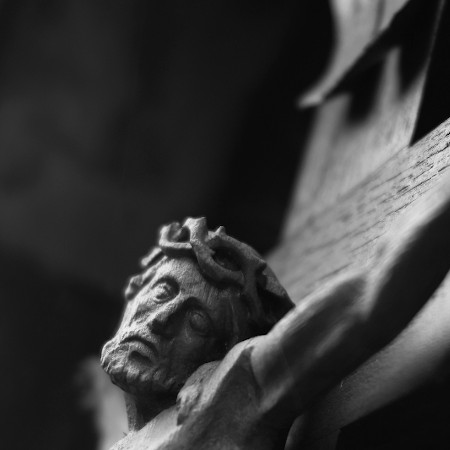 In St. John’s Revelation we hear the distant triumph song of our God. Christ is not just our king, he is the king of the universe. In this sermon we looked at Christ’s crown, his conquest, and his return on the Last Day.  As we know from our message a couple weeks ago there are just two judgements on the Last Day.  For this blog post I want to focus on the three jobs that Jesus has.  He is our prophet, priest and king.

He calls himself the faithful witness.  Just before Jesus ascended into heaven he gave his church their marching orders – You will be my witnesses.  If you are waiting at a red light and witness a crash right in front of your eyes, the police officer interviewing you just wants to know what you saw.  He doesn’t care which car is your favorite.   Jesus tells us the truth about our sin and our wonderful forgiving God.  As during his ministry, still today, people hate Jesus for the truth.  He was the ultimate spokesman for God – because he is God, but we call Jesus prophet.

Jesus is called the first born from the dead in Paul’s letter to the Colossians.  Jesus died because he took on our sins.  We call him priest because he didn’t offer some other sacrifice, like an animal for sins, he offered himself for all sin.  He rose from the dead because he was sinless; he was not subject to the wages of sin.  For the past two weeks we’ve been talking about the resurrection.  Jesus is the first; countless others including us will follow him from the grave.

Finally Jesus is the ruler of the kings of the earth.  This is hard for people to see because throughout his ministry he said, My kingdom is not of this world.  Yes even before Pilate when he was about to be executed – when he had every reason to pull rank, he stuck to the Father’s plan and humbled himself even to death on a cross.

Want to hear more, including how to catch a wild hog?  Watch this Sunday’s message taken from Revelation 1 – The Distant Triumph Song.